Change Saturation: Is your Organisation at Breaking Point?

The inevitably of change is being driven by technological advancements; as well as the need for competitive agility. In a Prosci study, approximately two thirds of respondents stated that they believed that the rate of organisational change was on the uptake and unlikely to slow in the near future.

Prosci have created a model to outline the elements that make up change capacity and change disruption. Change capacity is explained as being a function of several organisational functions: culture, history, structure etc. While change disruption is shown as being factors such as the number of changes and the disruptions these changes have upon the employees.

Why and how can your organisation become saturated?

Already mentioned is the continuing spike in the sheer volume of change that is on the horizon for many enterprise organisations. Gaining an edge into today’s competitive, global and economic climate requires an increase in the number of changes, frequency of change and speed of change. As each of these escalate the pressure put on an organisation also intensifies.

But there are two additional reasons that contribute to change saturation:

So who suffers the most?

A study by Prosci found that the consequences of an organisation surpassing their change saturation levels fell into three categories:

Individual Symptoms
These are the manifestation of particular behaviours and traits in an organisation’s employees when they are faced with too much change. These include disengagement, apathy and indifference; burnout and fatigue; anxiety and stress; confusion; and cynicism and scepticism.

Project Symptoms
In times of change saturation, projects performance can suffer the following symptoms: lack of resource; poor or failed delivery of results; delays and schedule implications; missed deadlines; or insufficient buy in and support from senior leaders.

Organisational Symptoms
These symptoms are costly and long lasting; directly effecting operational quality and creating a poor working environment. These symptoms display as: automatic resistance; lack of focus on operations; attrition and turnover; low moral; and changes are often seen as being as insignificant and worthwhile.

There are two facts that are undeniable:

On the surface it may seem that as much change is unavoidable so too is change saturation and as such it, and its consequences, must be endured. However, management of the change portfolio is key to maintaining the momentum of change while avoiding the quagmire of change saturation.

Each change effort is required to be mapped out with due diligence given to the subsequent impacts on the groups within the organisation while also accounting for the cumulative and collective impact of change on employees.

Prosci have devised a 5 phase program to enable organisation to understand, map and evaluate their change portfolio. This endeavour is a large undertaking and requires considerable commitment from leadership.

Applying appropriate change management structuring to each individual change is an appropriate and successful method for minimising the risk of reaching employee change saturation levels. Change management best practices take into consideration the people side of change; working to implement a structures approach to change management the negative impact and disruption to employees is minimalised.

Change saturation is detrimental to any organisation and when the threshold is surpassed the implications on an organisations operations are unsustainable and costly. An appropriate change management strategy is essential to minimising the disruptive influences of change on an organisation.

Would you like to learn more about the five levels of change management assessment? 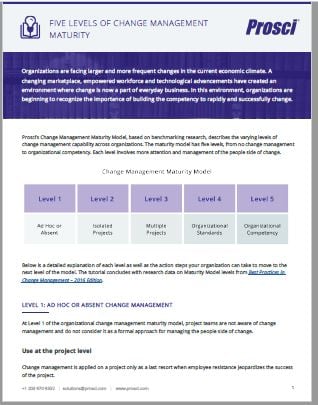 Download your free copy of Prosci's Five Levels of Change Management Maturity Model to delve deeper into the five levels and gain an insight into the steps you can utilise to progress your organisation into the higher levels of change management maturity. 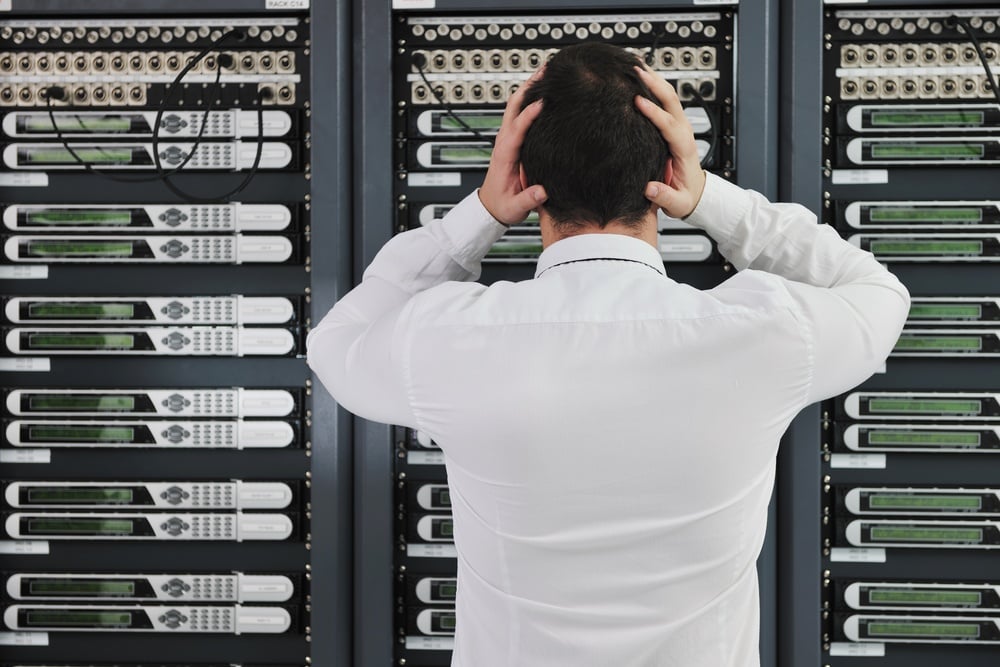